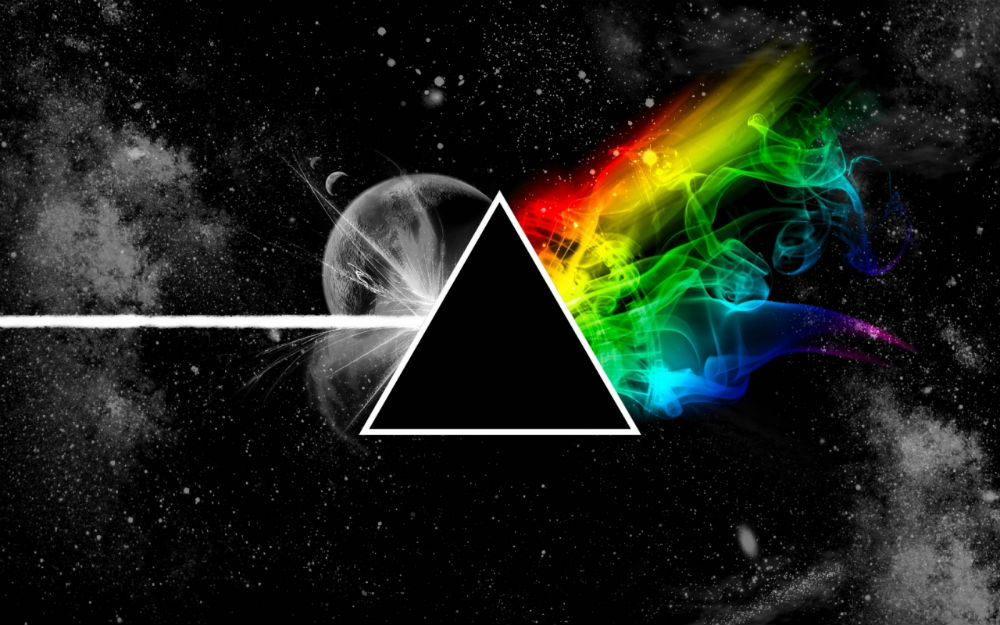 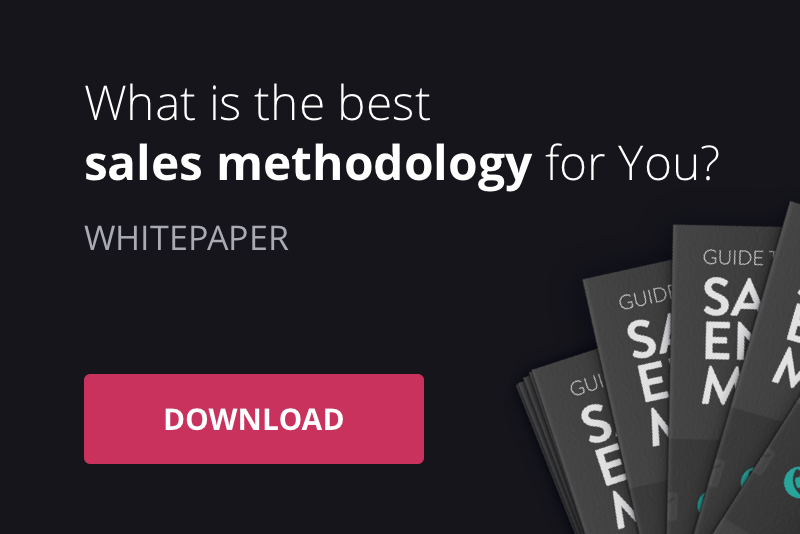 In his groundbreaking work, Thinking, Fast and Slow, best-selling author Daniel Kahneman made the case that thinking is actually much harder work than we often realize.

He also laid out a compelling argument that most of the time when we think that we are thinking, we are actually relying on a system of cognitive biases that do the thinking for us. His work is well supported by what researchers know about how the human brain works. Cognitive bias, and its effects on our decision-making processes, is critically relevant to sales organizations.

In this article, we’ll define cognitive bias, look at how it impacts sales organizations on at least four levels, and walk through an example of one cognitive bias that almost every individual encounters regularly.

What is cognitive bias?

Cognitive bias is a system of thinking and decision-making shortcuts that are not based in logic.
George Brontén

If you look up the words “cognitive bias,” you’ll find a jargon-filled definition that reads something like this (from Wikipedia): “A cognitive bias refers to the systematic pattern of deviation from norm or rationality in judgment, whereby inferences about other people and situations may be drawn in an illogical fashion.”

To put it in simpler terms, cognitive bias is a system of thinking and decision-making shortcuts that are not based in logic.

Put that way, cognitive bias sounds like something to be avoided. But the reality is that we all engage in cognitive bias and, in fact, we have to. If you think about all of the inputs that your brain is subject to in the course of a single day, you can begin to understand why. Even something as simple as opening a car door requires a combination of a huge number of inputs and calculations:

All of these inputs and calculations must be made in less than a second in order for you to successfully open your door without looking foolish.

When a decision must be made, the inputs multiply. For instance, imagine your usual route to work is closed, as happened for thousands of people in Atlanta when one of its I-85 bridges collapsed this past March. Each morning you have to decide whether to stay home to work, brave traffic at the usual time, or go in at a later time and hope traffic has lightened up. If you choose one of the latter options, you have to decide between several equally complex and lengthy routes, as well as whether missing that morning meeting is justified by the shorter commute time. Staying home involves less traffic, but there will be more interruptions. You may not have all of your files or equipment available, and you won’t get a chance to have that conversation with your colleague to resolve the issue you wanted to deal with today. These are only a few of the variables for each choice. If you stopped to analyze every possible variable, you’d spend all day on it and never get to work at all. In fact, at some point you’d start considering the possibility that you could take a sick day and not go in at all, and all of the many variables that would entail.

Now imagine if, for every decision you made, from the flavor of coffee you drink in the morning to which conference room to meet in and what to have for lunch, were subjected to a similarly detailed analysis and breakdown, in order to ensure that you make the most logical possible choice.

Instead, our brains rely on a series of shortcuts to handle routine actions and decisions. Opening your car door relies on a series of automatic reflexes that your body has memorized. Choosing your coffee relies on a preset selection of your favorite flavors combined with some strange alchemy of “mood” and other factors that occur at a subconscious level. The decision whether to stay home to work or brave excessive traffic often relies on a series of quick mental shortcuts that allow you to focus on a few important factors, which prevents you from getting bogged down by the decision itself.

How does cognitive bias affect sales?

So we see how cognitive bias impacts small daily decisions. But what about big decisions, like whether to hire a specific salesperson or purchase a new enterprise software platform? We like to think that in these cases, our rational thinking kicks in and we make such decisions in a purely logical fashion without bias.

That might be nice, but it turns out that all those hardwired biases, designed to make simple decisions easy, still kick in and influence even the most critical and complex of decisions. In fact, the more complex the decision, the more cognitive biases we employ.

Sales teams that understand cognitive bias can, to some degree, counter its negative effects, while using it to their advantage in some situations. Considering that there are at least 175 cognitive biases that have been identified by researchers, it is outside the scope of this article to address every one of them and how they impact sales. However, let’s take a look at one in particular, the sunk cost bias.

Many people who may not have heard of cognitive bias may however be familiar with the “sunk cost fallacy,” which is a form of cognitive bias. This bias predisposes our brains to continue to invest in something that we’ve already invested in, even if it’s no longer logical to do so.

For instance, you sit down to watch a movie. Halfway through, you’re bored and annoyed at the stupid decisions the main character keeps making. You watch the rest of it anyway, because you paid for the rental and anyway, you’ve already spent an hour on it and want to see if it gets interesting.

Logically, you’d be better off reclaiming the remaining hour to do something you do enjoy, rather than wasting it on a movie you know you aren’t enjoying. But the vast majority of people will, nevertheless, finish the movie.

Another example comes from our space of CRM and sales enablement, where I keep hearing how unhappy companies are with Salesforce, yet they continue pouring time and resources into it because “so much has already been invested.”

Now let’s take a look at how this bias affects sales organizations at each of the four main levels.

The sunk cost bias at the buyer level

The sunk cost bias impacts customers in two ways: They may be less likely to purchase your solution, even if it makes more sense for them, if they have already invested in another product. This is true even if it would be cheaper to invest in your product now than to continue to invest in the old product. On a positive note - when you're the incumbent - they will be more likely to invest further in your product once they’ve made that initial investment, either in time or money.

This is a surprisingly difficult bias to counteract once it’s in play. Even when the logic of the situation is pointed out, many people will persist in continuing to sink time and money into something they’ve already invested in.

Salespeople can use this customer bias to their advantage by getting buyers to invest in their own product early. This can take the form of selling small services in order to get the buyer used to purchasing from them, or it can simply mean getting them to invest time and energy in co-building the solution together. This second approach also employs the Ikea effect, which I’ll let you read about on your own time.

The sunk cost bias at the salesperson level

Salespeople are not immune to sunk cost bias. In fact, it’s a big culprit behind bloated pipelines and wasted time. Once a salesperson has spent time with a buyer, it becomes hard to let go of the idea that the buyer will buy. As a result, salespeople are prone to leave opportunities in the pipeline long after, logically speaking, they should be removed. Likewise, they’ll continue to invest time in pursuing opportunities that are less valuable than other, new opportunities that they haven’t yet invested time in.

This bias is relatively easy to counteract, by instituting clear guidelines that define a qualified opportunity at each stage, and reinforcing rules around when an opportunity must be dropped or de-prioritized. Membrain provides excellent tools for managing this process, as you can read in our article on optimizing the sales process.

The sunk cost bias at the manager’s level

Managers are almost as likely as salespeople to get attached to specific opportunities and buyers that they and their teams have invested heavily in, though their experience acts to counteract its effects somewhat.

What’s even more pertinent to managers is their tendency to want to continue to invest in software, processes, and tactics that are not effective for their teams. They may also tend to “invest” in high performers by spending time on their coaching, when logically that time would be more effectively spent coaching mediocre performers to improve their skills and become high performers. Likewise, they may overinvest in coaching low performers simply because they’ve already spent time and don’t want it to go to waste–even after, logically, they’d be better off letting the low performer go.

The sunk cost bias at the strategic level

At the strategic level, sunk cost bias is just as prevalent and in many ways, much more expensive. Consider how often organizations pour hundreds of thousands of dollars into a go to market strategy that’s not working, yet the organization continues to invest in it. When presented with new options, leaders are often reluctant to try them because they’ve already invested so much in what they have.

Besides the sunk cost bias, there are dozens of additional biases that impact sales at every level. Buster Benson at Better Humans breaks cognitive biases down into four easy-to-understand categories. His article is a great place to start learning about cognitive biases. Also keep your eyes open for future articles from us on how the different biases affect sales at each level of the sales organization and process, and how you can overcome them.

Do you have a favorite bias that you'd like us to write about?