Can My Car Uncover Sales Qualification Criteria Better Than Most Salespeople? 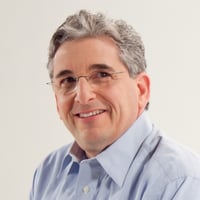 If your car was manufactured in the last few years, you probably have a rear camera that helps you see your surroundings when you need to back up, back into a parking space, or drive backwards on the interstate at 65 MPH. Okay, maybe not the last one.

That is helpful because I can pull in just far enough to leave the maximum amount of room in front of the car, but still clear the garage threshold enough for the garage door to close without hitting the back of the car.  If the car could speak, it would be saying, "Dave doesn't know what he can't see back there but he needs to see it right now.  So I'm going to turn off the map display and instead, give him the two-camera intelligence he needs."  It's crazy!

Pivot to sales. Wouldn't it be great if salespeople had the equivalent of two-camera intelligence to see what they don't know they need to see?

Two-camera intelligence for salespeople is probably science fiction - a pipe dream - but it would have a bigger impact for sales success than how the view of the garage threshold assists with my parking!

The two-camera rear view would allow salespeople to:

Two-camera intelligence for salespeople would provide visibility into the 12 most important qualification criteria. Interestingly, the best salespeople already have this intelligence in their tool bag. 87% of the top 5% of all salespeople - the very best salespeople - have visibility into these criteria because their high-quality, value-added conversations easily uncover this information. By comparison, only 1% of the bottom half of all salespeople have that visibility. Just 1%. The group in the 50th-80th percentile aren't much better as only 19% of them have the Qualifier competency as a strength. The Qualifier competency is just one of 21 Sales Core Competencies measured by OMG's sales candidate assessments and sales team evaluations. You can see all 21 Sales Core Competencies here.

87% of the top 5% of all salespeople easily uncover qualification information.

All salespeople are told to qualify. Some are trained to qualify. Fewer are coached to qualify. Most don't know how to properly qualify or they skip past it entirely because they fear that their opportunity won't qualify (they'll have to hunt for a new opportunity) or they fear that their prospect will become upset at them for asking the questions (their need to be liked). If they plan to ask these questions like a survey, or like a game of 50 questions, then they should be afraid. Qualifying doesn't work that way. Salespeople must first build a case so that their prospects have an incentive to qualify themselves. If the case hasn't been built, there isn't a prospect alive that would willingly subject themself to a dozen qualification questions. The best salespeople know how to simply make this part of a wonderful two-way conversation that won't raise prospects' resistance.

Obviously, I won't send my car on my next sales call but most salespeople would fare better if they had my car's intelligence.

Sales Playbook and CRM Problems - What the Data Tells Us

The $225,000 Selling Mistake Most Salespeople Make

What the Top 10% of All Salespeople Do Better