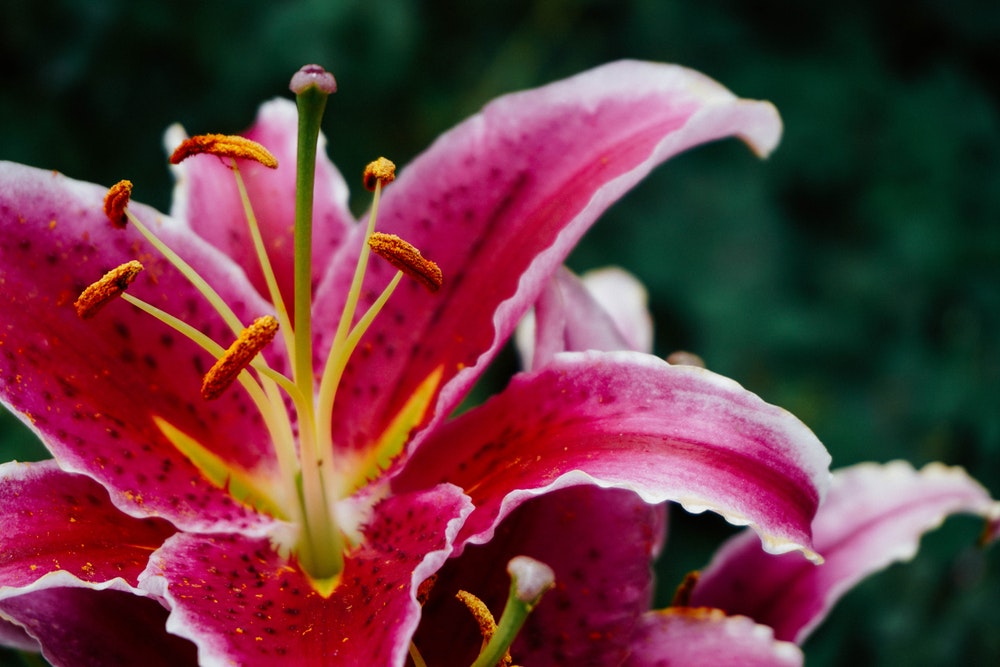 Far off the coast of Ecuador, deep in the South Pacific Ocean, lies a collection of tiny, remote islands called the Galapagos. There in that ocean, in the midst of the Galapagos, a rim of volcanic rock rises from the sea to surround an ancient crater, together forming a hot and treeless island called Daphne Major.

Upon this desolate scene lives and thrives a species of finch (a small songbird), and upon the finch, a beak which plays a surprising and eye-opening role in understanding how humans came to be. That same beak, and how its owners use it, also has an important lesson to teach us about sales.

What you need to understand about the beak of a finch

Our little finch is one of the stars of Charles Darwin’s famous work, The Origin of Species. A century later, it became the star again, of an award-winning twenty-year study by scientists Peter and Rosemary Grant.

Their work revealed how the size and shape of the finch’s beak adapts over only a few short generations based on the type and availability of food in the finch’s environment. It showed that adaptive evolution doesn’t have to happen over eons, but can happen within a few short years.

Similarly, in the sales industry, a well-tuned system with a dynamic process can enable your salespeople to adapt to new conditions in real time. This is a critical ability in today’s fast-paced environment, populated by constant competition for market share (the business equivalent of nutrition).

But that’s not the story I want to tell you right now.

The story of the stamen snippers

Our finch lives on two primary sources of nutrition: The nectar of a flower, and the fruit produced by that same flower later in the season.

Like most flowers, these have both male and female parts, called stamens (male) and ovaries (female). In order to produce fruit, pollen from the stamen must make its way to the ovaries to fertilize them.

On Daphne Major, our finches come to this flower to harvest nectar, and the pollen attaches itself to their feathers. When they move to the next flower, some of the pollen is transported to that flower’s ovary.

Later, the “fruit” of the plant becomes nuts that the finch also eats. In this way, the bird obtains carbohydrates and protein from the same plant.

As the environment changes over time, the plant changes and the finch’s beak changes to accommodate the available resources, growing longer or shorter, thicker or thinner, to harvest more nectar and to more easily crack open nuts.

But sometimes things do not go well.

Sometimes, a finch gets clever.

While it is harvesting nectar, this finch figures out that it can do so more efficiently by snipping off a part of the flower that often gets in its way: The stamen.

Usually, the finch gently pushes each stamen aside to get to the nectar at the center of the flower. In the process, pollen rubs off on the bird to be transported to the next flower.

But if the stamen is snipped off instead of pushed aside, this doesn’t happen and, worse, the flower cannot make more pollen for the next bird. In this way, the finch prevents the flower from producing the nut that should become the bird’s source of protein.

If enough finches engage in stamen snipping, it has the potential to destroy the entire population's protein source.

The pollen snippers gain a short-term advantage at a long-term, potentially existential, cost.

How your sales process turns salespeople into stamen snippers

A few weeks ago, I received an email from the founder of a company with services that I was not in the market for.

The email was friendly and warm, but clearly canned and not relevant to my needs at the time. I ignored it.

A second email came not too long after. It said, “Hey George, why haven’t you responded to my earlier email? I think we really have a lot to offer.”

I ignored it as well. This was not a personal email tailored to me; it was simply a canned series someone had determined would be an expedient way to generate leads. I deleted it.

Then a third email arrived.

“Hey, George, as a fellow founder, I’m really surprised you haven’t responded to my emails. I do awesome things and I really need to hear from you.”

I had no prior relationship with this founder, they had asked me no questions, and I was completely uninterested in what they had to offer. Nevertheless, finally provoked by this last email and not interested in getting more of the same, I responded.

“Hey, founder, thanks for your email. Please remove me from your cadence.”

I thought that would be the end of it.

“Dear George. I can’t believe that you, as a fellow software CEO would respond to me like that. Don’t you get it? We all have to prospect!”

This behavior is stamen snipping at its worst.

This is popular because it’s good at netting a few sales with minimal input from your sales team.

But it does so at substantial cost to you and to other sales organizations.

At this point in the conversation, I was so annoyed I cut loose on this “fellow CEO.”

“Of course we all have to prospect,” I responded. “But the way you’re doing it is wrong, it’s overdone, and it’s driving everyone nuts. It damages your brand, it damages our relationship, and it eats up my time without providing anything of value. You’re making enemies when you need to be making friends.”

He continued arguing his point in a few emails back and forth, just upsetting me further. His company domain is now on a server-side email blacklist.

Like a finch snipping off a stamen to get at the nectar faster, automated cadences like this may yield immediate returns, but at the cost of long-term relationships that lead to bigger rewards later (i.e., the “nuts”).

Not only do automated cadences damage the relationship with that company, but they also make it harder for everyone else to engage in sales, too. In the same way that everyone now filters their emails for marketing fluff, folks have started filtering for sales messages.

Now, when I send a targeted, personalized, warm email to someone I have genuinely researched and whom I know will welcome my message, I have to work harder not to trigger any of their knee-jerk responses to the stamen-snipping emails they get from sales processes.

How not to be a stamen-snipper

I don’t pretend that my blog is going to convince any of these companies to stop snipping stamens. Right now, it’s working for them, at least short-term.

But if you don’t want to be a stamen-snipper, if the long-term health of your sales organization is more important to you than a quick, sweet hit of nectar (ahem, a fast sale), then you need a different strategy.

You need to get back to understanding and interacting with humans on the buying side.

In place of automated emails, you need a milestone-based prospecting system with built-in rhythms, sales enablement content and customer information, and other tools that enable salespeople to interact with prospects in a human, relationship-oriented manner.

Such a system can be efficient, while still being sensitive to the needs of prospects. Which will make it effective.

This is why we're busy expanding our Prospecting Engagement Module to make it easy and effective for salespeople to execute on a buyer-focused strategy that fills your pipeline without creating bad-will. We will launch it after the summer and already have a beta version ready for partners and selected customers. If you're interested in being a front-runner in the development of a structured, non-automated, more disciplined, and human approach to prospect engagement, drop me an email.