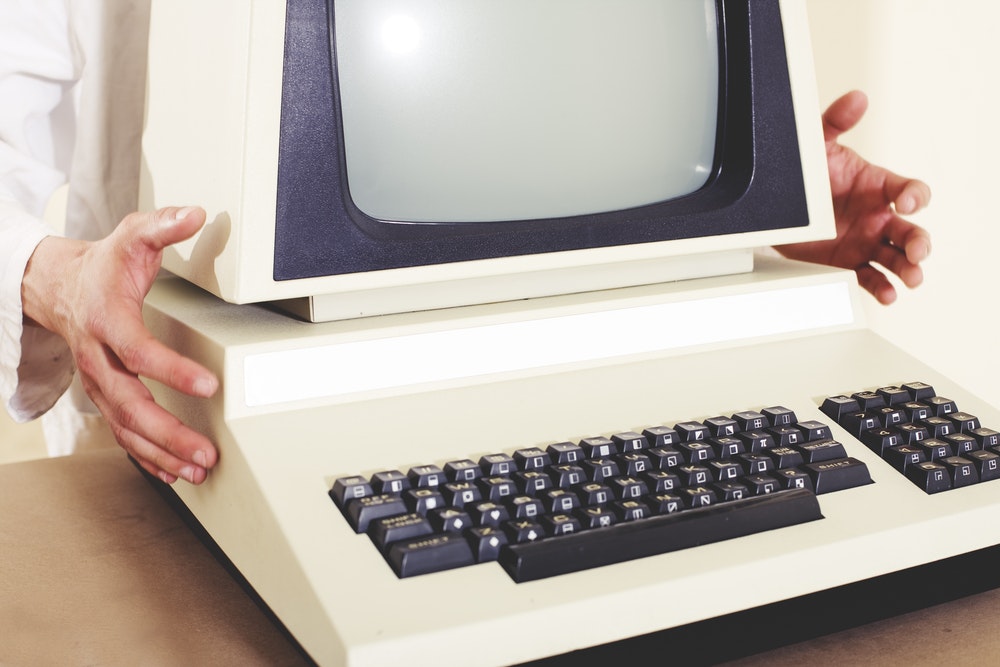 A brief history of the CRM

For salespeople entering the workforce today, it may be unimaginable that there once was a time before CRM. A time when contacts were managed in a flip file of actual physical cards with names and phone numbers written on them by hand.

But for many veterans, it may seem like not so long ago that they managed their sales calls out of the Rolodex. They may even have painful memories of the transition to digital contact management, all those of days and weeks of laboriously entering the data from those cards into a database their employer insisted would make their lives easier.

And maybe it did, and maybe it didn’t. With CRM, it’s easier to locate information and make it available to more people. But in many ways, today’s CRM is still just a glorified Rolodex, and many salespeople resent it almost as much today as they did in those terrible days of painstakingly digitizing their Rolodex.

CRM was supposed to transform the industry and make selling easier. Why do some salespeople resent it? Why is sales effectiveness declining instead of improving? Let’s take a stroll through a brief history of the CRM to see if we can unearth some clues, from the sales perspective...

Invented in the 1950s, the mainframe computer became widespread for business use in the 1970s. A few pioneering companies used them to digitize customer information such as names, contact details, and related data. These systems were a tiny step above the Rolodex, in that they captured information in a central location and made it available across the organization. But they required users to be logged into a company terminal, and only captured very rudimentary information.

Most salespeople continued to carry personal Rolodexes, and were not always consistent in sharing that information with the larger database. Why? Partly because the system was never designed to help them–it was designed to force them to share their information, and to make it available across the organization.

Individual salespeople found very little value in sharing their hard-earned information and even less value in having to be at a company terminal in order to access it.

The 1980s marked a giant leap forward in computing history. For the first time, computers became available in sizes small enough and cheap enough that ordinary citizens could have one in their homes.

For many, CRMs have not evolved beyond a digital Rolodex.
George Brontén

It also saw the advent of Microsoft Windows and a wide range of software intended for both home and business use, making the computer a practical tool for a wider range of people and companies.

In 1987, Mike Muhney and Pat Sullivan from Texas introduced the world’s first contact management software for PCs, the true precursor to the modern CRM system: ACT!

ACT! collected and, to a limited degree, analyzed customer information, making it possible to digitally customize communications. Now salespeople had a slightly more glorified Rolodex to help them record and access their data.

While this was substantially more convenient and useful than sitting at a company terminal, ACT! still left salespeople entirely to their own devices regarding what to do with the information and how to sell. And few saw much value in it, leading to poor average user adoption.

The 1990s saw an even wider proliferation of personal computers for both personal and business use, as well as the explosive growth of the Internet and Internet-based businesses. The end of the decade saw the advent of WiFi and the Blackberry, expanding the ease with which salespeople could access data and digital tools.

For marketing and sales, this period included massive shifts in how we communicate with customers. Direct marketing via email and snail mail became more personalized and effective. Salespeople gained access to huge amounts of information about customers that had been previously difficult to gain. With the advent of Blackberry toward the end of the decade, they could even carry much of this information around with them.

Technology companies like Siebel Systems took advantage of this growth to provide a whole new generation of sales tools. They and others built on the older contact management platforms and pushed them toward sales force automation (SFA).

The new SFA tools automated many manual tasks such as tracking customer interactions, and inventory control. These SFA systems were much more useful to salespeople than previous iterations, but they were still built on the idea of managing data rather than enabling salespeople to sell more effectively.

By the end of the 1990s, these tools had more or less settled on the name Customer Relationship Management (CRM) to define what they did.

By that time, many of the large CRM companies were consolidating with other technology companies in an attempt to integrate CRM with other functions outside the sales department. The most notable and persistent consolidation was the joining up of CRM with Enterprise Resource Planning software (ERP), to track sales and inventory in a supposedly more coordinated fashion.

Simultaneous with this development, smaller e-CRM companies entered the market. Using the Internet, intranets, and extranets, these vendors brought fierce competition by providing collaboration tools that had been unheard of previously. This is also when CRM information first became available in a handheld version, via the Siebel Handheld.

Finally, famously within our industry, the 1990s ended with the introduction of the world’s first Software as a Service (SaaS) CRM, Salesforce.

This decade certainly saw CRM grow into a more useful tool, but it remained focused on data storage and retrieval, with still very little attention paid to the issue of how salespeople sell.

Worse, they introduced a new problem. One that would soon plague nearly every industry that embraced new technologies during this boom, and that continues to plague us today:

As I’ve written about elsewhere, technology complexity causes at least as many problems as it solves. Too many platforms and too much complexity deters salespeople from using the technology and distracts them from doing their job. Plus, it creates a behemoth of ongoing investment on the part of the organization.

And the 1990s was only the introduction to complexity.

Salesforce’s cloud-based CRM platform was the best thing on the market when it was introduced at the end of the 90s, and it has enjoyed far-reaching success as a result. It dominated the 2000s, making it possible for salespeople and others in the organization to access sales data from any connected device.

The advent of the iPhone and the proliferation of smart mobile devices that followed made this capability even more powerful.

Like previous CRM systems and SFA platforms, Salesforce was designed on the basis of recording, tracking, and accessing customer data. As such, it was a relatively simple, streamlined platform that was useful in its own way to salespeople, who could now access and record information on the fly. The design inspiration, according to the founder Mark Benioff, came from Amazon, with the famous tabs to navigate between modules and the lists of data.

However, the system was still not designed to help salespeople with the job of selling. It provided no substantial assistance with knowing what to do and when, accessing sales collateral, or reinforcing training.

Furthermore, the large tech companies have continued to get larger… and more complex. Scrappy little Salesforce from the 2000s grew into the giant hydra of the 2010s, gobbling up smaller organizations and growing ever larger and more fierce.

Each new technology represents an attempt to solve the old problem of how to improve sales performance. But very few of them address the core need for salespeople to be fully enabled by their technology.

Instead, each new point solution introduces additional technology complexity and, ultimately, decreases rather than increasing effectiveness.

Finally, in the last half of this decade, sales departments have begun demanding that sales technology operates in a more coordinated fashion to actually enable their sales teams. Research institutions like CSO Insights and Gartner communicate the importance of this and has reported that too many tools are actually hindering sales effectiveness.

But while a few organizations have figured out how to navigate this sea of new point solutions and truly align sales strategy, training, content, and technology to help salespeople actually do their jobs more effectively...

Most are still drowning in complexity.

I believe the future of the CRM is to go beyond the database and become a true sales enablement platform that serves the needs, first and foremost, of the salespeople and the buyers they seek to help. It will make it easy for them to execute on process and methodology; to access training resources aligned with organizational goals; to get effective coaching when and where they need it most, and to sell at the top of their capability.

This technology will be simple, streamlined, beautiful, easy to implement and provide unprecedented analysis and insights that enable the sales leadership to continually optimize how their salespeople sell.

We're building Membrain to be that technology of the future. Book a demo today and see for yourself.