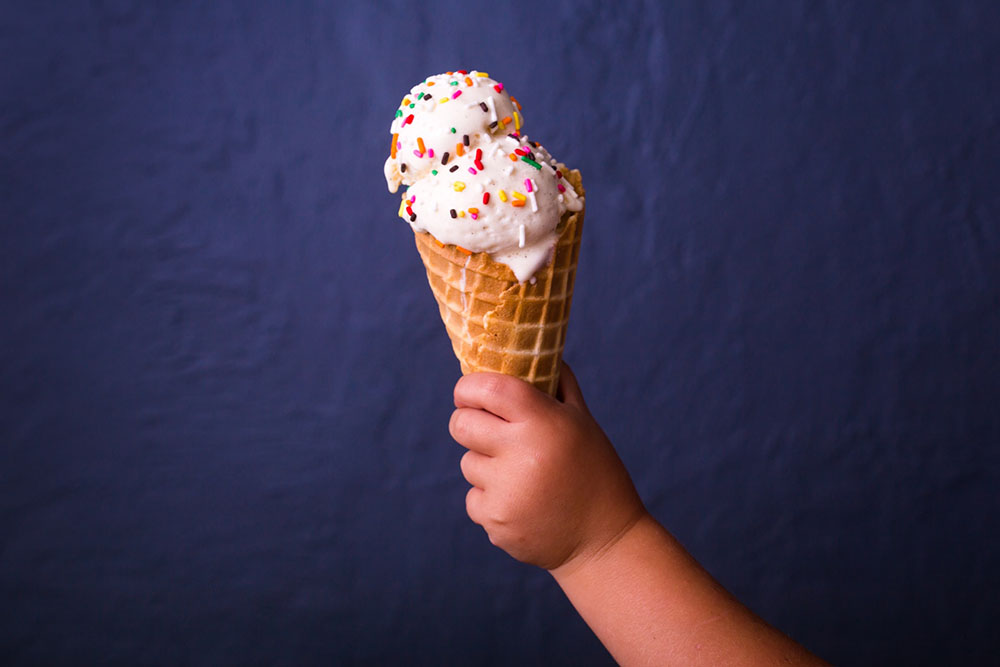 Outstanding coaching can be the critical multiplier for any team. Kjell Enhager would know. He’s a globally recognized coach who works with corporations, orchestras, actors, and world-class athletes in golf, tennis, skiing, horseback riding, and hockey.

His theories on motivation and achievement have helped average sports teams become the top in the world, struggling individual players overcome blocks to return to top ranked positions, and sluggishly growing corporations achieve their top potential in the marketplace through coaching.

I caught up with him on my show, Stop Killing Deals, and he shared how we can harness his theories, including the “ice cream boomerang” effect, to reach their full potential.

The most important thing is emotion

We often think of sales and personal growth as a job for the brain, but Enhager’s experience proves otherwise. He says that the most important factor in achievement is strong emotion.

This, he says, explains why some people set a goal and achieve it, and others fail. For instance, when attempting to lose weight, many people get part way and then stop. This often happens when they hit a “plateau” or they gain back a little bit of weight.

The emotion around eating ice cream gets the better of them, and they fall back.

In sales, this can look like a team member practicing a new technique, and having a failure. If the failure is painful, such as a customer becoming angry or disappointed, the salesperson may decide to “fall back” and use old techniques that aren’t as painful. Without a strong emotion attached to the desired outcome, it’s easier for them to choose the greater comfort of the past.

People who are successful are often able to attach strong emotions to both a desired future outcome and an unsatisfactory past, and then connect with resources and take action to move toward that outcome.

Visualizing is key to attaching strong emotion to outcomes

In order to attach strong emotions to the future, it’s necessary to help salespeople strongly visualize the desired outcome.

But it’s not quite so simple as just drawing a rosy picture of the future and reminding salespeople of how much money they’re going to make.

“Emotions are personal,” says Enhager. And everyone attaches emotion to different things. For this reason, coaches must first listen closely and probe into the salesperson’s inner world to find out what matters to them.

This has the additional benefit of helping the salesperson to feel heard, which is a key human need. Humans resist taking advice before they are listened to.

“Emotions are personal and everyone attaches emotion to different things.
Kjell Enhager

Consider the last time a friend confided a problem in you. Perhaps they are having trouble at home, with a spouse who wants them to be home from work more often. If you jump straight to a solution, such as, “Well, maybe you should look into counseling,” the friend is likely to feel dismissed, and less likely to take your advice.

If, on the other hand, you listen carefully and ask follow-up questions to understand how they’re feeling and what’s going on for them, your friend is likely to feel heard and be more willing to want to know your suggestions.

Plus, you can make suggestions that are more tailored to their needs.

Likewise, in sales coaching it’s critical to really listen to what salespeople want and what matters to them. Enhager suggests the following dialog as a model:

The NOPRA Fun model can help

How to get unstuck and moving toward a goal, using the ice cream boomerang

Enhager tells a story about when his daughter was young, and they were heading out on a family vacation. He was very happy, because he had planned out the trip and he was confident that they could make it to their destination in less time than they ever had before.

His father had been a very fast driver, and Enhager enjoyed the process of always trying to beat previous times, like his father had.

But when they had all gotten into the car, and Enhager had set his clock to time the drive, his daughter said, “Daddy, can we stop and get some ice cream?”

Enhager knew that if they stopped for ice cream, there was no way he would meet his desired outcome of beating the previous time. He immediately snapped at his daughter that they would not be stopping for any reason and to please not ask again.

There was silence in the car for a while, as everyone processed the change in mood.

After a few minutes, Enhager’s daughter piped up again with a question:

“Daddy, I know we can’t have an ice cream. But if we were going to stop for ice cream, what type of ice cream could we get?”

About fifteen minutes later, the family was stopped at an ice cream shop, picking out flavors.

Enhager says that his daughter knew intuitively how to hijack his emotions to get what she wanted out of him, and that her intuitive process serves as a model for how salespeople and their coaches can effect a “boomerang” and get what they want out of people as well.

In the case of Enhager’s daughter, she knew that he loved ice cream too. By calling a visual into his mind and causing him to think about what flavors he might like to have, she created a strong emotional attachment inside of him, to her desired outcome. She caused his emotions to boomerang from attachment to beating his time, to instead attaching to having ice cream as a family.

For instance, when a salesperson says, “I can’t ask them about budget. They’ve already said that they don’t have one, and I don’t want to annoy them.”

The coach may say, “I know that they've said that they don't have a budget. But if they would prioritize this project and get the money somehow, how might they get it and on which budget would it land?”

Enhager had many more fascinating things to share in our conversation, which you can see and hear in full here.

Have you ever used the “ice cream boomerang” to help your team get unstuck? If not, what would it look like to do so? I’d love to hear your stories.

Why I decided to build actionable sales process software (Membrain)