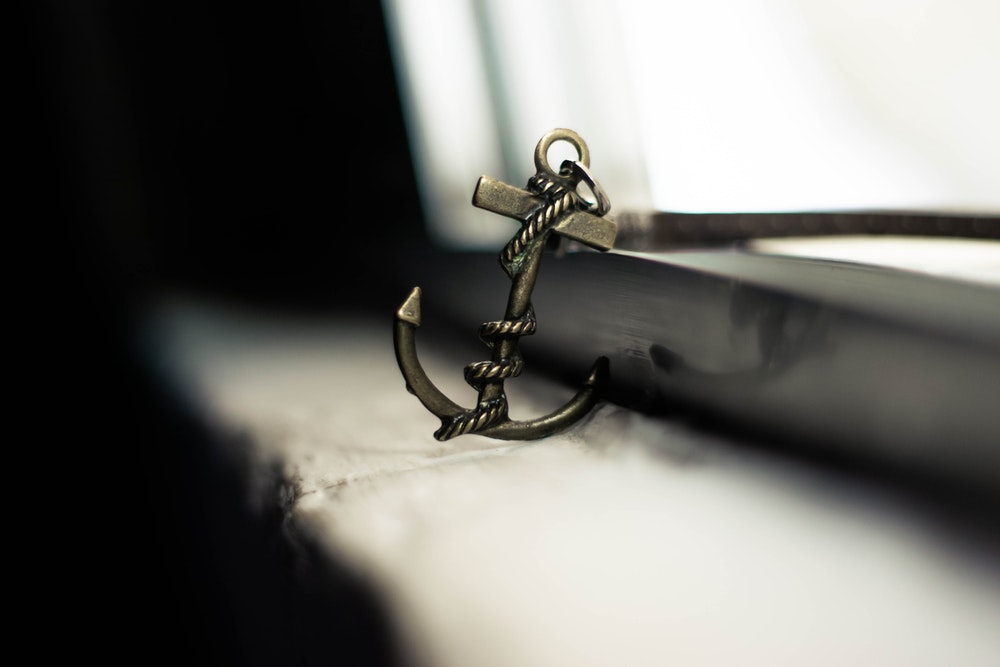 What is anchoring bias and what do salespeople need to know about it?

Have you ever watched a home shopping network? I don’t have a lot of time to sit around watching other people hawk made-for-TV items, but I find it fascinating that these are such effective sales tools.

If you’ve ever watched one for even a short amount of time, you’ll be familiar with the technique used on almost every single one that goes something like this:

We know this works, because they keep doing it. We also know it works because it makes blatant use of a well-known and understood cognitive bias called the anchoring bias. Annoying as it is, it works.

What is anchoring bias?

Anchoring bias is a deeply rooted aspect of human brain functioning that causes us to attach too much weight to information we receive early in a decision-making process.

It can warp our decision-making by changing our perception of value, cost, and other factors associated with our initial “anchor” - the information presented early in the process.

The anchoring bias is deeply rooted and affects us whether we’re aware of it or not.

In the example provided above, the salesperson on television asks whether you would pay a certain high price for the item they want to sell. It doesn’t matter what your answer is, yes or no, because they are not going to charge you that price. They just want your brain to anchor around that high number.

By the time they reach the much lower number (which they are going to charge you three times, but your brain doesn’t register that information unless you slow down and pay attention), your brain is primed to accept that lower number as an outstanding deal and well worth every penny.

You also see the anchoring bias in effect in retail pricing. It’s common for stores to “discount” merchandise by marking it with the original price crossed out and the new price written in. This causes your brain to anchor around the higher price, which in turn makes your brain think the lower price must be a good deal.

The uses of the anchoring bias are obvious and ubiquitous in simple consumer sales. But does it have a similar impact on complex b2b sales? And, if so, what can we do about it?

When it comes to complex b2b sales, with multiple stakeholders and multi-faceted decision-making, the anchoring bias has a much more subtle, but no less important, impact.

It can impact buyers when they anchor around a competitor’s lower (or higher) price, or around a budget number handed down to them from their superiors. They may also be anchored around an existing price or around a package price that includes more or less than you are offering.

It can impact sellers in similar ways, and it also impacts the way that sales quotas motivate (and de-motivate) salespeople. Additionally, salespeople can aim too high or too low with a new opportunity when they anchor around early interactions or impressions.

Finally, it impacts managers when they over- and under-estimate their sales team, leading to too much or too little attention, support, and training.

Even complex b2b buyers anchor around the wrong things

The anchoring bias is deeply rooted in the human psyche, and it affects us whether we’re aware of it or not. This means that even executive decision makers are influenced throughout the buying process.

Buyer anchoring may begin before your sales team ever makes contact. Buyers may already use a service or product that they perceive as similar to yours. If it is more expensive, this will dispose them favorably to your pricing. If it is less expensive, you will face an uphill battle convincing them that your pricing is reasonable. They can also anchor around a competitor’s pricing, for better or worse.

Combating anchoring bias in complex b2b sales can be a challenge, but there are research-proven ways to do it. It begins with your sales team recognizing anchoring bias when they see it, and bringing it to their own and the customer’s attention.

Many salespeople are afraid to mention if the competitor or an incumbent has lower pricing, as though calling attention to it might cause it to become more important to the customer. But the customer already knows the pricing landscape, and they won’t fail to notice that a price is higher or lower.

If a competitor’s advertised price is higher, you can mention the pricing to cause a potentially beneficial anchoring effect.

You can also combat negative effects by offering new anchors, such as premium pricing for your highest-end service level. Even if you know they don’t need everything in the premium package, by naming the price before showing them the package you recommend for them with its lower price, you help their brain anchor around the higher number.

Salespeople are influenced by the anchoring bias, too

One of the major ways that anchoring affects complex b2b salespeople is in the impact of sales quotas. Every salesperson knows their “number.” Subconsciously, they also anchor around this number. This is why you rarely see salespeople perform way above or way below their quota. They may or may not “make the number,” but regardless, they will generally over- or under-perform by a fairly consistent range.

Salespeople who consistently can’t meet their quotas will become demotivated and eventually drop out. It’s important that goal-setting be realistic, achievable, but also ambitious, to get the best of both sides of the anchoring effect.

How managers are impacted by the anchoring bias

Managers in complex b2b sales may over- or under-estimate members of their team based on early performance or past performance. For instance, a new salesperson who was a rock star at their previous company may be able to boast large numbers on their resume.

But when they come into a new environment, their initial performance may not match up. This can cause managers to be disproportionately frustrated. Even if the salesperson’s objective performance is up to standard, if it’s significantly lower than at the previous job, they may feel that the salesperson is failing and treat them accordingly.

Likewise, a new salesperson who comes in at entry level and, through beginner’s luck or just a series of fortunate events, knocks it out of the ballpark in their first six months, will create a high-performing anchor in the manager’s mind. This can cause the manager to create unrealistic expectations for the salesperson in the future, which can ultimately result in failure.

On the other hand, a salesperson whose first six months is unlucky or perhaps takes place in a difficult economic environment may be undervalued by the manager, leading to under-investment in their training and coaching.

Of course these are only a few examples of how anchoring bias can impact complex b2b sales. Combatting it requires us to become aware of the bias and then to present conscious arguments against unfair anchors, so that we and our buyers can make better decisions.

Have you seen anchoring bias at work recently in your work? How did you address it? Will you do anything to address it in the future? I’d love to hear about it.

FDR and sir Isaac Newton on why salespeople fail

What sales professionals need to know about fear, according to an expert in PTSD recovery

How to keep representativeness bias from killing your sales results