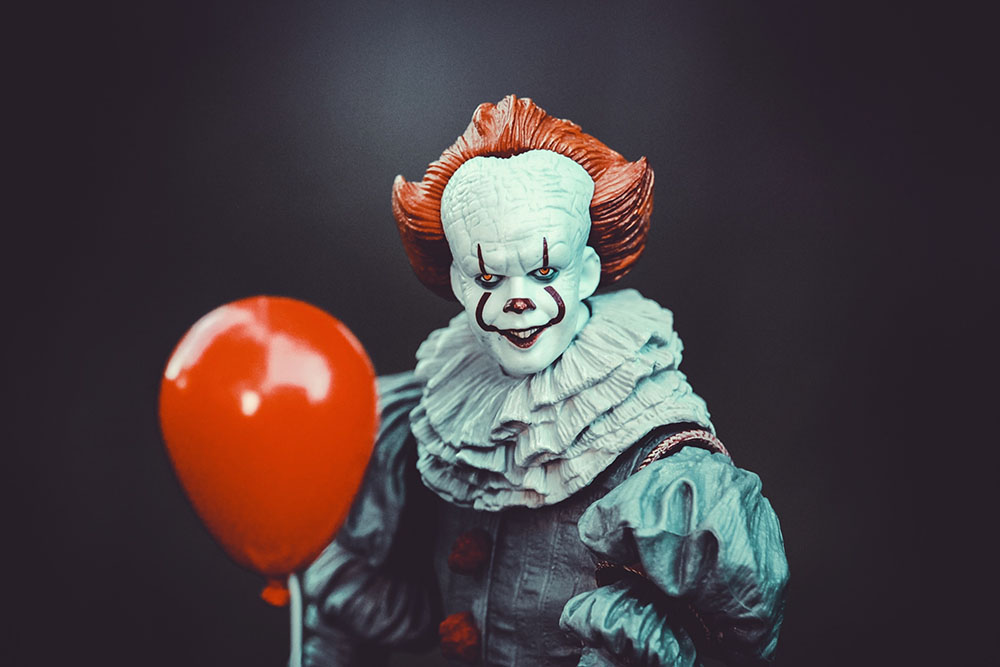 What sales professionals need to know about fear, according to an expert in PTSD recovery

Fear is a natural reaction to stressful circumstances. It can create an instinctual reaction that may or may not serve you in that moment. For instance, you may freeze or fight or fly, and these may protect you temporarily. But these reactions can also act against you.

Lee Gerdes, the founder of Cereset brain centers, started studying fear in the brain after a traumatic incident in which several young people beat him with a baseball bat. He had trouble recovering from this, and traditional therapies were not helping him.

Using his background in math and science, he decided to tackle the issue by taking a look at what was happening within his brain when his fear reactions were activated. He purchased a simple EEG and a computer and hooked himself up whenever he was experiencing fearful reactions. What he learned was that whenever he was feeling disabled by his fear, one side of his brain or the other was lit up strongly.

If the left side was lit up, he was experiencing a parasympathetic reaction - the classic “freeze” reaction, which we now know can also show up as “fawn.” This reaction activates the instinct to shut down and try to make yourself smaller and less threatening. It’s the same system that shuts you down for sleep at night.

This is the reaction you may have if you’re at the grocery store and the clerk is very rude to you. Uncertain how to respond, you may avoid responding at all. Then, later, in your car, you think of a dozen comebacks that would have put them in their place.

On the other hand, if the right side of the brain was lit up, Gerdes realized he was having a sympathetic reaction - the classic “fight or flight” reaction. When this side of the brain is lit up, your body becomes flooded with adrenaline and ready to take action, either through attacking or running away.

This is the reaction you may have in the same grocery store when the clerk is rude and you “pop off” with an angry and rude comeback that you may later regret, especially if it is out of proportion to the offense.

Reviewing this data, Gerdes realized that in order to address the problems he was having with his brain being out of balance, the key was to find a way to rebalance it. When the brain is balanced, we may feel fear, but we also feel the ability to respond appropriately in the moment.

For instance, when soldiers are trained for combat, they are trained repeatedly over a long period of time to keep their brain in balance even when faced with life and death circumstances. This training is sometimes overridden by PTSD when those circumstances result in trauma. But otherwise, a soldier facing a gun pointed at them is able to make good and appropriate decisions in the moment as to how to respond, because their brain is in balance rather than in fight or flight.

You may be wondering why I’m writing about Gerdes and his incredible research in a sales blog. I recently had the pleasure of interviewing him for my webinar series on The Sales Experts Channel, and we talked about how fear can impact sales and how salespeople can harness it to their benefit rather than to their disadvantage. Here’s what I learned.

1. Fear drives a lot of what we do and don’t do in life and in sales

Fear can prevent us from taking actions that are good for us, such as making a difficult call or giving a presentation in front of a large group of people. It can lead to procrastination and avoiding taking steps that might lead to a promotion or a successful sale.

It can prevent us from proposing to someone we love or asking for help when we need it.

But Gerdes is quick to point out that fear isn’t a bad thing in itself. The goal, therefore, is not to eradicate it from our lives (as if that were even possible.) The trick is to learn to control our response to fear so that we can use it to our advantage rather than letting it drive our outcomes.

2. Fear is about what we don’t yet know

I asked Gerdes to define fear, and his response was:

Fear is a self-imposed condition about something outside or inside of ourselves that we don’t yet know the truth about.

Fear is never about what is happening in this moment, but about what might happen in the future. It’s about uncertainty. And for that reason, we need it - it helps alert us to what is important in our environment, and what needs attention.

Fear is a self-imposed condition about something outside or inside of ourselves that we don’t yet know the truth about.

Embrace fear and learn to respond in the most effective way.
Lee Gerdes

In a sales environment, for instance, if we do away with fear, our salespeople might stop caring about their quotas, or about catching up with a prospect to move them to the next stage. Without fear of loss, why would a salesperson even bother to do their job?

The goal, then, according to Gerdes, isn’t to eradicate fear but to train ourselves to be balanced when we are experiencing fear so that we can respond in the most effective way.

3. Meditation can help, but only if you can do it

In a study of prison inmates some years ago, meditation was shown to have an impressive effect on helping convicted criminals balance their brains and choose more appropriate responses to stressful situations.

But the study also found that only 2% of the prisoners who entered the meditation program actually succeeded in learning to meditate. 98% failed out.

Meditation is an outstanding tool, Gerdes concludes, but only if you’re capable of it.

Gerdes’ company uses a patented technology that helps the brain balance itself over the course of several sessions by using sound balancing techniques. It’s the system that he developed to help him recover from his PTSD.

For salespeople, aside from signing up for a program with Cereset, what this teaches is that there is value in going deeper than simply trying to change behaviors. When someone on your team has an issue with procrastination, or aggressive behavior with customers, or missing their activity numbers - these are fear responses. And the key may be in helping them balance their fear response, rather than in simply trying to force their way through.

4. Sometimes the best thing you can do is be quiet

Fear is a natural reaction in certain situations. For instance, when a potential customer expresses resistance to your offer or says they’d like a lower price. Gerdes says that anyone in a fear-inducing scenario can be well served by choosing silence first.

A moment of quiet gives you time to back off of your initial unbalanced brain response, and choose a more balanced approach. That moment also gives the other person time to think and respond more appropriately.

Coaches can fall into a trap of rushing through coaching sessions and creating fear responses in their team members. Or their own fear of failing as a coach may cause them to rush through. Taking the time to be quiet after a question allows both the coach and the salesperson to think and calm themselves so that they can have a balanced response.

5. Full disclosure is a powerful tool

Very often in a sales situation, salespeople hear things from potential customers that scare them: “Wow, your price seems really high,” “This seems really complex,” “Your competitor has a better price.”

They may jump to offer discounts, or start hounding the customer, or list off product features in hopes that it will change their minds.

Gerdes says a more effective and balanced approach is to simply disclose the full truth. For instance, you might say, “Hey, it sounds like you’re worried about price, and that has me feeling worried that I might lose the sale. But more importantly, I’m concerned that you might make a decision based on that instead of what’s best for your company. Can you tell me more about how price impacts this purchase for you?”

This latter response is a balanced response to fear, and it is disarming to the customer. Showing vulnerability by telling the truth can reduce the customer’s fear response and help them to open up and share information that is helpful to both of you.

6. These simple basics are critical to a balanced response to fear

Gerdes wants everyone to know that you can’t skip the basics when it comes to having a balanced response to fear. Getting exercise, enough sleep, and eating well are critical life skills that have an impact on work performance.

As sales leaders, it’s our job to remind and reinforce with our salespeople that these aspects of their lives are important to job performance and to balancing their reactions to fear.

7. Fear that is suppressed compounds

Finally, Gerdes wants us to understand that trying to avoid fear is counterproductive. When we stuff it down, ignore it, or try to make it go away, it causes worse outcomes than simply letting it out productively.

He cites another study that his organization did with prisoners. They worked with people who had been convicted of extremely violent crimes, and who were known among the prison population as the “bad boys.”

When they began working with them, they expected to see the right side of these men’s brains light up when they experienced fear. This is the side that activates the “fight or flight” reaction, and they expected it to explain why these men behaved violently in response to stress.

They found the opposite.

Instead of a “fight or flight,” what these men were experiencing was an extreme “freeze” response.

How does that make sense?

While most people experiencing “freeze” (parasympathetic) responses will show a 4-5% increase in activity in the left hemisphere, these men were experiencing a 150% increase. Very extreme.

What was happening was that their brains were becoming so imbalanced that a response kicked in to rebalance the brain. This response was bouts of extreme anger that flooded their bodies with adrenaline and kicked the other side of the brain into action.

The result was extremely violent behavior.

For whatever reason, these men had learned in their lives that they could not express their fear, and so they held it in until their brains overreacted and had to self-correct with violent bursts of anger.

What we sales professionals can learn from this is that holding fear back and refusing to admit to it is not a productive behavior. Instead, we must learn to embrace it and to seek a balanced response.

My conversation with Gerdes was filled with fascinating information and stories. You can watch the full session here, and I would love to know what you think.

5 steps to reduce cognitive bias on your sales team, according to an expert 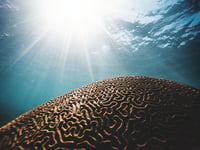 What psychology tells us about being a better sales leader