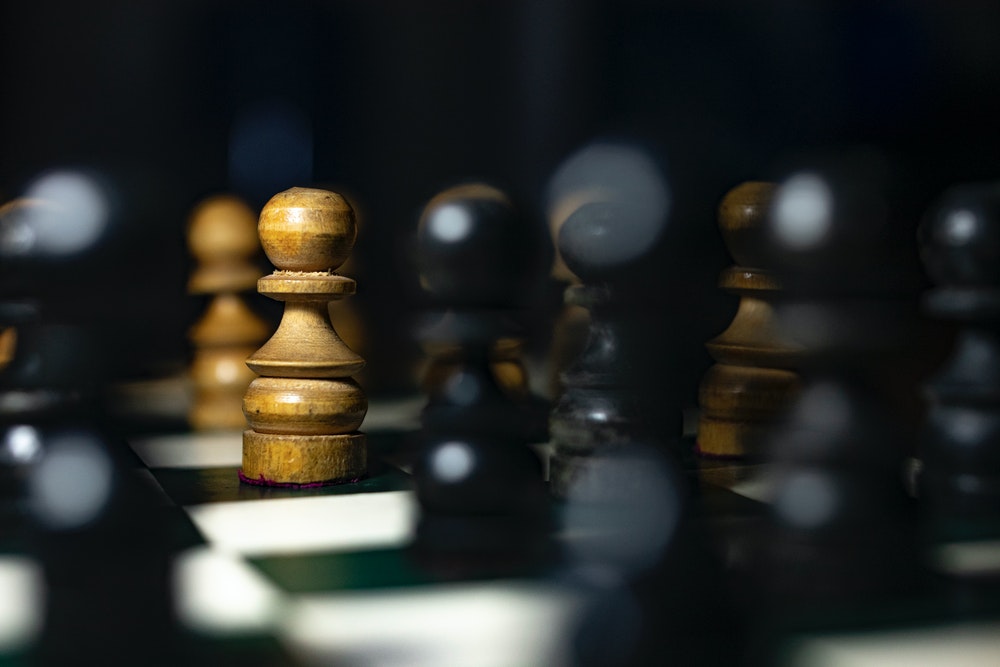 How hostage negotiators win - and how you can too

Over the course of those years, at a rate of approximately 200 calls per month, Kinell’s teams had a negotiation success rate of roughly 99.9%. That’s cases that began with one or more people threatening to kill themselves and/or others, who in the end chose a different, better outcome.

That’s a far better rate than any sales teams can boast. But is there anything the sales profession can learn from these high-stress, high-pressure situations that can help us win more deals? I got on video with Kinell to find out, and here’s what I learned.

1. Coercion is never the answer

One thing that surprised me right away in talking with Kinell is that his teams never carry weapons and they never threaten force or try to coerce hostage-takers.

Kinell got his start in law enforcement, with an armed division. But one day he was at the site of a siege and the hostage negotiation team was called in. The hostage negotiators showed up with no weapons and turned the situation around.

“I saw the discipline and the level of professionalism that they brought to it,” he says, “and I was impressed. I saw that they were mentally agile and able to resolve the situation. I wanted to learn more, and wanted to be one.”

In the following years, he joined the hostage negotiator team, went through their training, and eventually became the head of Scotland’s hostage negotiation team. Now he trains people to use these same skills in a corporate setting.

2. Trust and mindset are everything

Kinell is quick to say that there is no “script” for hostage negotiation. If you’re working off a script, the hostage taker(s) will know, and you will have lost before you begin.

Instead, hostage negotiators train in skills and agility.

“The reality is that hostage negotiators arrive at the scene and the balance of power is with the other person,” he explains. “The person with the gun or the knife has all the power, and the police have no power. So we have to move the balance of power over time, and the only way to do that is through trust.”

The good news is that there is a repeatable process for building trust, even in high pressure, high stakes situations:

“We select negotiators who are genuine, who care about the people, and who are able to demonstrate that they care.”

Kinell emphasizes that aspiring hostage negotiators must demonstrate these qualities over a long period of time, because genuine and authentic caring cannot be taught. And people know when you’re being fake.

Salespeople can learn from this the importance of truly caring about the customer. If the customer senses that you’re pretending to empathize in order to achieve a sale, they will not trust you, and you will have less success.

“The heart of trust is certainty.”

A hostage situation is, by nature, full of massive uncertainty. In order to build trust, negotiators must create certainty through repeatable positive experiences. In a hostage situation, this means that negotiators never approach the hostage taker unless they have a clearly stated purpose that benefits the other person, such as bringing food or water.

They work hard to show people that they are not trying to trap them.

And, most important of all - they never, ever lie.

“If you tell them lies, they’ll perceive that you are always telling them lies,” says Kinell. “We’re trained to NEVER tell a lie. Even when we have to tell a difficult truth, we’re trained to do so in the easiest way possible, but never to lie or avoid the truth.”

He goes on to say that people can FEEL a lie, taste it, smell it, hear it, see it. Even if they don’t realize they know it’s a lie, they know it. And even if you get away with it one time, it forever poisons the well for future negotiations.

For salespeople, this is a critical lesson. Kinell says he talks to sales teams during the course of his corporate training, and he hears time and again that salespeople frequently lie in order to get deals.

Lies can work in the short term, but they damage the relationship permanently. Once you have lied, you will never gain that trust back.

For sales professionals in complex b2b environments, this is especially critical because you always hope to bring customers back again and again.

In a hostage situation, transparency isn’t always possible, so Kinell says it’s important to at least be open about the level of transparency you can offer. People won’t trust you if they feel you are hiding information or not telling them something critical.

3. Change minds through influence, not coercion

Force doesn’t work in a hostage situation, and it doesn’t work in sales. You can tell a prospect that if they don’t take your offer now, you’ll have to rescind it, but such strongarm tactics rarely work, and they certainly don’t build trust.

Instead, Kinell says that you have to take three steps in order to change minds:

Get inside the other person’s point of view

Kinell gives an example of someone who is standing at the edge of a bridge, threatening to jump off. Hostage negotiators start by listening to their story and hearing what’s happening for them. They get to know the person underneath the events of the moment.

For instance, the person may be upset by a series of difficult events that have led to them feeling that they are a burden to their families and that they will never recover. Under that information, a skilled and trained hostage negotiator may sense a deeper truth about the person, that they are someone who wants to make their families proud, to work hard and survive and provide for their families.

When they can see who that person is under the shame and strong emotions driving their desire to jump off a bridge, they can reflect that better vision back to the person and help them see who they are and find the desire to make a new choice.

In sales, this can look like seeing that the prospect is a caring person who wants to do well at their job, or who wants their team to succeed, and speaking to that part of the person.

Hear the emotion behind words and action

Hostage situations are almost by definition highly emotionally charged and tense. Kinell says a key to negotiation is recognizing and validating the emotions of the other person. But you have to be careful not to make assumptions.

For instance, negotiators may say, “It seems to me that you are feeling angry about something.”

Usually, he says, the person will acknowledge that you have seen something that is going on for them, and that mutual recognition is the beginning of trust.

“We try to make people feel heard and understood,” he says.

Salespeople can learn from this to listen carefully not only to the words that prospects are saying, but the emotions behind them - are they tense, worried, excited, hopeful? Respond to the emotion to build trust.

Respond to needs, not demands

“When someone makes a demand, they’re expressing a need. So we try to identify and respond to that need, rather than reacting to the demand.”

For instance, Kinell talks of a time that a hostage taker was demanding a helicopter. Rather than offering a helicopter in exchange for hostages, negotiators made an attempt to understand the need underlying the demand.

The need that the hostage taker had was to escape the situation.

The negotiators couldn’t promise the person that they wouldn’t face consequences for their actions (remember: No lying!), but they could help them find a solution that met their deeper need for safety.

Instead of offering a helicopter, they built trust, validated the fears and emotions of the person, got inside their point of view, and over time were able to influence the hostage taker to understand that continuing with the hostage situation was a more dangerous situation for them than surrendering. Because they had built trust, the hostage taker believed in the assurances that they offered, and they were able to take them in without incident.

In sales, we have to be listening not only for what people say they want, but for the needs they’re expressing. If they ask you for a specific feature, find out what need they’re trying to fill with it. If they tell you a reason that they want a competitor’s product, find out the need that it fills for them. Then see if you can help them fill the need some other way that is more beneficial to them.

Are there any big mistakes that negotiators make in hostage situations?

A few of the big ones:

In sales, we can make any of these same mistakes, but probably the biggest one is over-talking.

“Most people think that hostage negotiators must be great talkers,” says Kinell. “But actually, the skill is to listen to the other side, to really hear what is being said, and not to make assumptions.”

We may go into a prospect conversation with assumptions about what they want and need, and if we talk instead of listening, we can lose the sale.

In hostage negotiations, it’s important not to make assumptions. For instance, the person may seem very angry, but if the negotiator says, “You’re clearly angry about something,” it can anger the other person further if they feel misunderstood.

Instead, negotiators are taught to make statements about their own feelings rather than making assumptions about the other. For instance, “It sounds as if you’re angry,” or “I get a sense that you may be angry.”

This opens space for the person to either agree and explain, or to issue a correction and explanation. Very often, this then opens the door for them to share their story.

Salespeople can learn from this never to make assumptions about what the prospect thinks, feels, or needs. Instead, to ask leading and open-ended questions that allow the prospect to talk and tell their story.

Kinell has taken his hostage negotiation skills and knowledge and brings it to the corporate world, to help people understand each other better and reach more effective solutions.

You can read more about his work at www.negotiatedresolutions.com. I also welcome you to watch the full interview with him and connect with me to learn more about how Membrain partners with consultants to help companies embed better negotiation skills into their sales process and training.