The call of the machine, or how to make selling more human

You know that scene in The Matrix when Neo wakes up in a metal tank and discovers that his entire life has been a lie and that he is merely a battery helping to power a world run by machines?

It’s a scene that strikes horror into the hearts of viewers, but later we find out that many humans were complicit in the design and building of the matrix that imprisons billions of humans from birth to death. They traded in their peoples’ freedom for prestige, status, and other benefits in an imaginary world created by the machines.

The story is, of course, fictional, but both the attraction and the horror of a world run by machines is very real.

In sales, automation fueled by AI and “machine-learning” promises many benefits to users. But is the cost worth it? Let’s take a look at the “call of the machine” versus selling made by and for humans.

The call of the machine

The sales profession has always been attracted to and aided by machines. Telephones and cars enabled sales professionals to reach a larger market. Computers allowed us to record data and compose messages. The Internet, email and social made all of that faster.

Now, the "sales stack" can do everything from sending automated email cadences, record calls to automate follow-ups. Much of this technology is helpful and supportive, and it is certainly attractive.

The call of the machine says we can:

All of this may be true, but at what cost? Poorly designed sales automation is driving people nuts and I believe it’s causing long-term damage to our profession and our companies.

A few reasons why:

For Silicon Valley startups with a vast, accessible market, a simplistic product, and a quick sales cycle, sales automation might get fast short-term results. These companies are not building long-term, healthy businesses. They're building company valuations in entities that can be sold to larger companies, or the public, quickly making investors and owners wealthy. In a way, they are gaming the system. They are like the stamen snipping finches that I wrote about in a previous blog post. They're not concerned about burning some bridges now, because the idea of growing fast and then getting out of the business appeals to them more.

But in the meantime, automation is causing a ton of collateral damage:

Personal story: I received an email from someone who wanted my business, but it was canned so I ignored it. I ignored several more canned messages and a couple of LinkedIn messages. On the seventh contact attempt, the salesperson said, “Hey, I’ve tried to contact you 12 times, why haven’t you responded?” (code for “my sequence is getting to the end and I’m frustrated”)

Well, it got my attention, anyway.

Being a very nice person with a Swedish reluctance to hurt anyone’s feelings, I responded to let them know that I was not interested in their product and would kindly appreciate being taken out of their automated cadence.

The salesperson responded to let me know that they thought I was very rude and furthermore not very smart to let the opportunity to engage with them pass.

I hope I don’t have to tell anyone reading this that the exchange left a very bad taste in my mouth.

It was not a good exchange for anyone, the salesperson included. Yet this is the world we create when we rely on automated cadences and plans drawn up by machines to “optimize” our results.

How and why to make selling more human

I believe it doesn’t have to be this way–and it shouldn’t be. We don’t have to give in to The Matrix.

I thought this little piece of personal research from Adam Schoenfeld at Drift was interesting. He did an experiment to see what was more effective: Truly personalized cold emails based on research and human connection or automated sequences with token “personalization” and segmentation.

Essentially, it was a miniature human vs machine study.

Obviously, this is a small sampling, but I believe it is representative. If you’re operating in a complex b2b environment where the approachable market is small, you can’t afford to burn through prospects at the rate that automation requires.

An effective human-focused approach may include:

We designed and developed Membrain to be the technology that truly serves complex b2b organizations and sales teams. It makes the technology the servant of your goals and gives the humans in your organization the structure and reinforcement they need to perform their best and build trusting long-term, profitable relationships.

I’d love to show you how. Contact us for a demonstration. 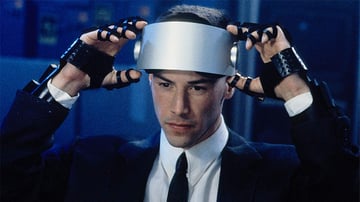 Artificial Intelligence (AI) is all the rage in sales right now. But in my conversations with sales leaders, I’ve learned that AI is rarely delivering what it promises to sales organizations operating in a complex b2b environment.

Without a doubt, sales people have a lot of things that distract them from being engaged with customers. The majority is probably imposed by their companies, a lot is self imposed (read avoidance and excuses).

How to Set 2020 Goals Your Team Will Actually Meet

As we move into the first quarter, many of us are focused on and excited about our goals for the year – whether they’re personal, professional, or organizational. We all want this to be a year in which we actualize our plans and accomplish everything we set out to do.

GET YOUR WEEKLY BLOG EMAIL

Don't miss a single post from our blog "The Art & Science of Complex B2B Sales," which won the gold medal for "Best Company Sales Blog" in the Top Sales Awards 2016!

The blog focuses on articles for sales leaders who want to improve the effectiveness of their sales teams.

To make sure that you don’t miss out on this content, we'd like to send you a weekly email that will include the featured articles with perspectives from Membrain's CEO, George Brontén, and other thought leaders such as Bob Apollo, Dave Brock, Dave Kurlan, Tony Hughes, Mike Kunkle, and Jonathan Farrington.

You can unsubscribe at any time.