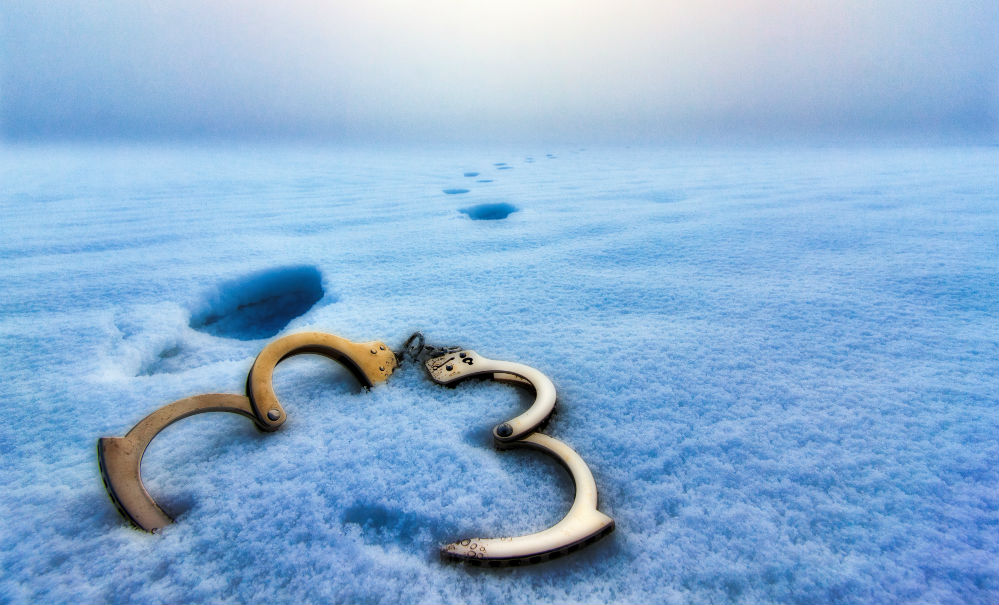 Are limiting beliefs undermining your success?

Every sales manager has encountered a salesperson who just can’t seem to “get it.” This is the underperforming team member you work with on the same thing over and over, and no matter how much training, enablement, and coaching you provide, they just keep making the same bad decisions, having the same bad conversations, and experiencing the same bad outcomes.

It’s easy to write that salesperson off as lazy, stupid, or “not cut out for the job.” Those things may or may not be true, but they’re not the cause of the problem.

Persistent performance issues that don’t respond to training, coaching, and reinforcement can always be traced back to an underlying limiting belief that prevents the salesperson from doing the things necessary to make the changes that would improve their performance.

In many cases, an underperforming salesperson who doesn’t improve with support is better off seeking employment elsewhere.

But it’s also true that even your strong performers probably harbor limiting beliefs that prevent them from doing even better, while your mid-level performers almost certainly have limiting beliefs. All of us have, to varying degrees.

The good news? If you can change the limiting beliefs holding your people back, you can become the best sales organization in your market.

What are limiting beliefs, and how do they impact my sales team?

A limiting belief is any deep-seated understanding of yourself or the world that holds you back from something that you want. Limiting beliefs usually exist at a subconscious level, and unless you’ve worked hard to uncover them, you probably don’t consciously know they exist.

These beliefs begin in childhood, and can be altered in adult life by major events–or by deliberate, mindful effort.

Change the limiting beliefs holding your people back and become the best sales organization in your market.
George Brontén

Between these two extremes are many nuances and complexities. We develop beliefs about money, about behaviors, about who we are, about what we mean in the world, why we’re here, the nature of the universe, and about what we’re capable of, to name a few.

When these beliefs support our success, we call them supportive beliefs. For instance, the belief, “I am an effective speaker” supports the holder of the belief in pursuing speaking opportunities, making presentations, and generally learning and excelling at interpersonal communication.

On the contrary, someone who holds the limiting belief, “Nobody wants to hear what I have to say” will struggle to have the courage to speak up, will likely not learn the skills of public speaking, and will stumble and express nervousness when making presentations.

Limiting beliefs exist on many levels

The idea of limiting beliefs is part of the Neuro-Linguistic Programming (NLP) model, which is a framework for creating positive behavior change based on how the body and mind works.

NLP also defines multiple levels of change which can impact a person’s behavior. 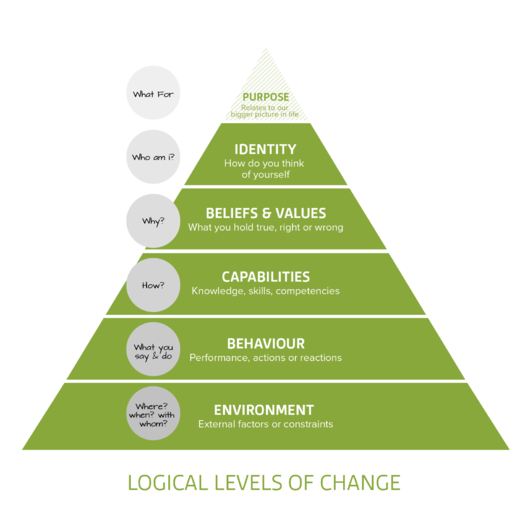 At the lower levels, change is relatively easy, but has less impact. For instance, you can change the salesperson’s environment quite easily by buying them a new ergonomic chair, a new headset, or moving their cubicle to a place with a view of a window. These changes might have some positive impact, but they’re not likely to cause major performance improvements.

At the higher levels, change is hard, but has substantial impact. For instance, a salesperson whose values tell them that talking about money is impolite is going to have a hard time talking with prospects about budget. If you can change their values to say, “Talking about money helps my customers” then those same conversations become simple and effective. However, making a change at the values level is much harder than changing a chair or a cubicle location at the environment level.

How to effect change at the top of the belief pyramid

A sales team that replaces limiting beliefs with supportive beliefs is a sales team that easily, almost effortlessly, improves their performance. But making those changes can be hard–especially if you’re trying to shift the very top of the pyramid, where beliefs about purpose live.

What we believe about our purpose affects everything in our lives. When most people think about beliefs in regard to purpose, they think of religious or spiritual belief–big questions, such as “why am I here?” “what am I supposed to do with my life?” and “what is my place in the universe?”

But we also have beliefs about our purpose for specific activities. For instance, when you put on your seatbelt upon getting into the car, you believe that the activity helps keep your body safe. That is the purpose of the activity. If, for some reason, you were to stop believing in the purpose of the seatbelt, you would probably stop using it.

Likewise, your salespeople have beliefs about purpose that impact their jobs, and those beliefs can be supportive or limiting.

One of the most common, and damaging, limiting beliefs goes something like this: “My work doesn’t really matter.”

This belief can be subtle and hard to spot, because sometimes it looks like the belief that “I’m only here to make money,” which is a subtler form of the same belief. Of course most salespeople do want to make money–in itself, that is not a bad thing. But in order for that to be a supportive belief, there must be a reason and purpose lying below the desire for money. For instance, they want to support their family. Or they want to achieve mastery, in order to fulfill a different purpose (grow as an individual), and get a role with even more responsibilities and lead parts of the organization.

But when a salesperson has a deep-seated belief that their work really doesn’t matter, they simply won’t be able to perform well. They may show up because they need the money, but they won’t have an intrinsic drive to do well. Since the work doesn’t really matter to them or (according to their belief) anyone else, they won’t put in the effort to learn and grow. They won’t develop their skills, and they will probably have a bad attitude that impacts the rest of the team.

There are also shades of this limiting belief. For instance, the salesperson might believe that their purpose is to work hard to support their family, and that may mean that they come to work motivated to put their nose to the grindstone and get through the day and make as much money as they can. But imagine a salesperson who believes their purpose in life is to help people, who understands that the products and services they sell do help people, and whose purpose aligns with the organization’s values and culture.

Such a salesperson will be motivated not only to work hard, but to stretch, grow, learn, and outperform themselves on a regular basis. Provided with effective training, enablement, and coaching, this salesperson will outsell your competitors by a long shot.

Unfortunately, this level of change is hard to achieve. But it’s not impossible.

To do it, train your coaches to look for limiting beliefs on their team, identify them clearly, and use reframing techniques to help each salesperson replace limiting beliefs with supportive beliefs. Support this work with organizational training and support, and by create a culture of constant mindset improvement.

A recent article by Dave Kurlan highlighted that the main difference between junior and senior salespeople is, in fact, their limiting beliefs. You can read that here. 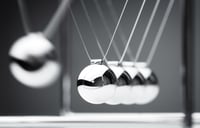 What is Sales Force Automation (SFA), and why should you care?

These Four Limiting Beliefs are Undermining Your Sales